This carne asada taco recipe is perfect for taco Tuesday! The marinade infuses so much flavor into the skirt steak and tenderizes the meat for a few hours. After grilling, you’re left with a tender and juicy carne asada steak, which is delicious on tacos! These carne asada tacos will be your new favorite!

What is carne asada?

Carne is the Spanish word for meat, and asada is the word for roasted. So quite literally, carne asada means roasted meat.

Classic carne asada is made from thinly sliced grilled beef and served in either tacos or burritos.

What type of beef to use in carne asada

The best type of meat to use in carne asada is skirt steak because it is a very thin cut of beef. It comes from the “plate” section of the cow – the outside skirt is attached from the 6th to 12th ribs.

Skirt steak is a thin cut that absorbs flavors easily and quickly via marinade. It is best cooked rare to medium-rare to remain tender. When overcooked, it becomes tough due to the muscles that run throughout.

Since they are thicker cuts than the skirt steak, they will take a little longer to marinate, and the cooking time will be longer for both of those alternate cuts.

There are two parts to this marinade – dry ingredients and moisture-rich ingredients.

These spices will penetrate deep into the steak and gives it a nice smokey flavor.

The spices used in the marinade are:

How to marinate carne asada steak

Skirt steaks can be pretty long, so depending on your grill size, you can cut it in half before marinating.

Also, be careful not to marinate for too long, or the citrus will toughen the meat. I would not marinate it longer than overnight unless you’re using a thicker cut of meat.

How to cook carne asada

You can cook the skirt steak on the grill or in a hot cast iron pan. I have done it both ways, and I enjoyed both.

I will say that the grill will give you a better char on the meat and some more texture.

To cook the steak:

Skirt steak is thinner on the ends, so careful not to overcook. For medium-rare, I remove the steaks when they are at 125°F, so once they rest, it is a temperature of 130-135°F.

Skirt steak is best enjoyed rare or medium-rare. Anything more leaves you with a tough chew.

How to cut skirt steak

After letting the skirt steak rest (very important- do not skip!), cut it into slices.

Muscle fibers create lines in the steak, so you want to cut against those, or else the meat will eat tough. This is called “cutting against the grain.”

Make sure to slice them evenly so you get the same bite in your tacos!

How to assemble carne asada tacos

You can enjoy the carne asada on its own, or my favorite way to enjoy it is in a taco. As far as toppings go, you’re the boss!

For my carne asada tacos, I used:

Don’t forget the squeeze of lime!

How to store leftover carne asada

You should store leftover carne asada in an airtight container in the refrigerator for up to three days.

Do not store carne asada tacos pre-filled. Keep all the ingredients separated so that they stay fresh longer.

Can you freeze carne asada?

Yes, you can freeze carne asada and save it for later. Grilled steak will stay fresh in the freezer for up to six months.

Here’s how to freeze and reheat carne asada.

How to reheat frozen carne asada:

You can also thaw frozen carne asada in the microwave, but do it slowly so that the meat doesn’t become rubbery from overcooking. I would use this as a last resort.

These carne asada tacos are the perfect meal for Cinco de Mayo or any taco Tuesday you’re having! Life is better when tacos are involved – that is a fact. Enjoy!

For the web story version of this recipe, click here! 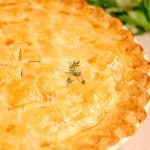 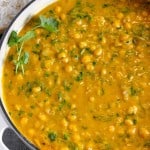 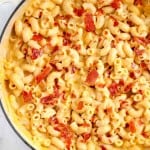 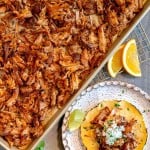 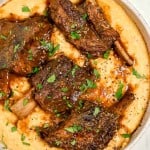 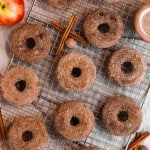