This sweet potato gratin with brown sugar pecan streusel topping is the perfect side dish for your Thanksgiving or Christmas dinner!

I made this sweet potato gratin for our Thanksgiving this year. I peeled the potatoes, then using a mandoline, thinly sliced the sweet potatoes (please don’t chop your fingers off, use the guard).

On the stovetop, I warmed up some whole milk or heavy cream, brown sugar, cinnamon, and nutmeg, until the brown sugar dissolved.

Add the spiced milk mixture to the sweet potatoes and mix. Allow them to soak for 20 min.

Arrange your sweet potatoes in a baking dish. I tried to make it in a perfect circle and make them kinda stand up, but that failed lol. So just try and stuff them in there in some orderly fashion.

I added some butter on top and extra cinnamon because we aren’t holding back on the decadence here people. Cover with foil and bake for an hour. While baking, you’re going to make my favorite part the pecan streusel topping!

In a large mixing bowl you’re going to mix together flour, brown sugar, granulated sugar, cinnamon, chopped pecans, and butter. Youre going to form a crumbly mixture that you’ll sprinkle on top. Pop it back in the oven for 25 minutes uncovered and there ya have it!

I hope you enjoy this sweet potato gratin!

Looking for other potato recipes? 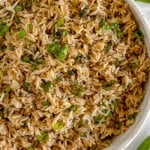 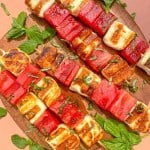 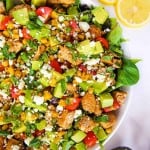 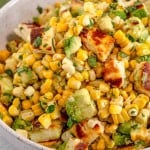 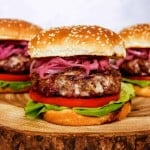 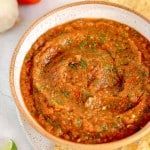